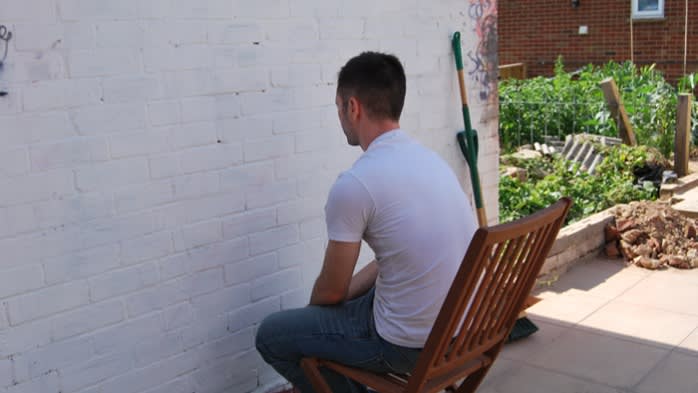 Ajay Rajadhyaksha is global chair of research at Barclays.

All eyes have been on the Federal Reserve this year, with the US central bank in the midst of its most aggressive hiking cycle in decades. September is no exception.

Will the Fed hike 75 basis points this meeting? How high will the fed funds rate ultimately go? Will cuts start next year, as markets are pricing? Every conversation I have had with investors includes some version of these questions.

In contrast, little attention has been paid to the Fed’s other tightening tool — the QT (quantitative tightening) program to reduce the size of the balance sheet.

To some extent, this is understandable. After all, there hasn’t been much in the way of QT yet; the last three months have seen the securities portfolio drop from $8.5tn by less than a hundred billion dollars. In the real world, that is of course an unthinkable amount of money. But it isn’t much of a dent in the Fed’s holdings, despite three months of QT.

Moreover, Fed officials have previously played down the impact of balance sheet reduction; Treasury secretary Yellen (when she was Fed chair) once said that quantitative tightening was like “watching paint dry”. And perhaps most importantly, the Fed has never sold securities outright. Instead, as the Treasuries and mortgage-backed securities (MBS) it owns mature, the bank has simply not reinvested the proceeds, allowing its balance sheet to fall.

This cycle may be different. And possibly sooner than investors expect.

In recent weeks, two regional Fed presidents — the Atlanta Fed’s Raphael Bostic and the Cleveland Fed’s Loretta Master — have brought up the idea of the Fed actually selling its MBS holdings. Admittedly, both were carefully vague on timing. But it is well known that the central bank is not thrilled about holding MBS on its balance sheet in perpetuity. Returning to a Treasury-only portfolio has been a frequently stated goal. The problem is — without outright sales, this is easier said than done.

Most US mortgages have a 30-year maturity. But few borrowers stay with the loan for 30 years. Home-owners move, and when they sell the house, the existing mortgage is paid off and so matures early. Some tap into home equity to take out a bigger loan, thereby paying off the old one. And when interest rates are low, many borrowers refinance into a lower rate.

But the process can also work in reverse if mortgage rates rise a lot, as in 2022. The 30-year mortgage rate has more than doubled over the past 12 months, from 3 per cent to over 6 per cent.

And sure enough, refinancing has fallen off a cliff. After all, who refinances into a much higher rate? In fact, the move in mortgage rates has been so sharp that it has also made homeowners more hesitant to move or tap into home equity.

The end result is that the amount of MBS maturing has started to drop — by a lot.

In theory, QT kicks into high gear from September; the Fed will now allow as much as $60bn in Treasuries and $35bn in agency MBS to mature each month. In practice, the $35bn cap in agency MBS will not be hit in any month between now and the end of 2024, if interest rates stay here. Not remotely close.

Barclays MBS analysts forecast that the Fed’s MBS holdings will pay down at an average of just $18bn a month from now until December 2024 (if QT lasts that long). Which will leave the Fed owning over $2.2tn in agency MBS, even after 30 months of quantitative tightening.

Moreover, the Fed’s Treasury holdings will run off at a quicker pace. In other words, if the US central bank’s QT plan stays on autopilot the share of MBS in the Fed’s overall portfolio actually go up over time, rather than down. That is what we have seen so far:

There are a few other arguments in favour of selling MBS. Perhaps the Fed could announce that it will sell so that the $35bn a month cap is hit. After all, the initial announcement implied that they were comfortable with the MBS portfolio reducing at that pace; does it matter if it is due to pay-downs or outright sales?

Naysayers will argue that any sales will push up mortgage rates by widening the spread of MBS to Treasuries. But MBS spreads have already widened 70-80 basis points from late 2021. And yet, the majority of the rise in mortgage rates has been because Treasury yields have climbed so much.

If officials want to get mortgage rates lower — which they don’t in any case, as they work to slow the economy — the simplest way is to get US Treasury yields lower. But this is the exact opposite of what the central bank has been trying to achieve all year.

No, the best argument for the Fed to not sell MBS next year might simply be principle. Specifically, the principles Fed officials laid out in January this year, on how they would implement QT (our emphasis below):

— The Committee views changes in the target range for the federal funds rate as its primary means of adjusting the stance of monetary policy.

— The Committee intends to reduce the Federal Reserve’s securities holdings over time in a predictable manner primarily by adjusting the amounts reinvested of principal payments received from securities held in the System Open Market Account (SOMA).

— Over time, the Committee intends to maintain securities holdings in amounts needed to implement monetary policy efficiently and effectively in its ample reserves regime.

— In the longer run, the Committee intends to hold primarily Treasury securities in the SOMA, thereby minimising the effect of Federal Reserve holdings on the allocation of credit across sectors of the economy.

— The Committee is prepared to adjust any of the details of its approach to reducing the size of the balance sheet in light of economic and financial developments.

The phrase “longer run” is subjective. But put together, these principles suggest that the Fed plans to get its balance sheet to the desired size primarily by allowing securities to mature. And only later will it focus on reducing its MBS holdings.

The Fed is allowed to change its mind; the speed of the 2022 hiking cycle is ultimate proof. And as month after month passes and MBS paydowns continue to disappoint, the temptation to consider sales will rise.

At the same time, officials have repeatedly promised to provide plenty of advance warning to markets if they plan to sell. This suggests that if any such move is coming in 2023, the process of preparing investor expectations will start sooner than later. Ultimately, the decision on sales might depend on how the Fed perceives the trade-off between adhering to its self-imposed QT principles versus practical expediency.

Regardless of the path the central bank chooses, QT seems set to attract far more attention in the months to come. And it won’t be like “watching paint dry”.