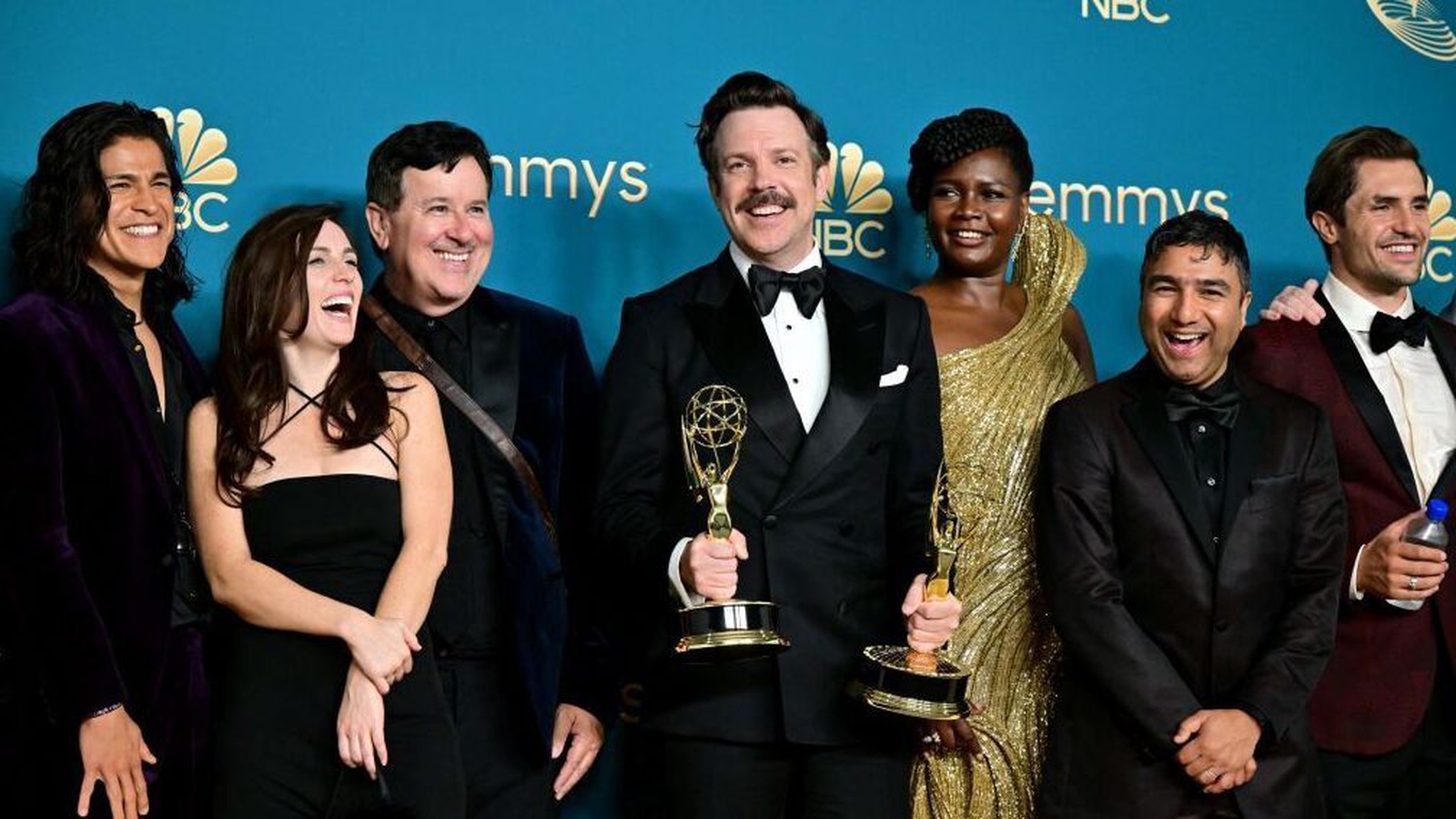 Succession was named best drama series, an award the HBO show had won in 2020 before the Covid-19 pandemic disrupted its production schedule.

The show, which secured four trophies overall, tells the story of the wealthy and back-stabbing Roy family as members jockey for power.

Likewise, voters honoured Euphoria star Zendaya for best drama actress and Jean Smart of Hacks for best comedy actress. It was the second win for each in those categories.

One newcomer to break through was Lee Jung-jae, who was named best drama actor for his role in South Korean thriller Squid Game.

The dystopian story about cash-strapped contestants risking their lives for wealth became a global sensation after its release on Netflix a year ago.

The actor thanked the team behind Squid Game for “making realistic problems we all have to face come to life so creatively on the screen.”

The most-lauded show of the night was HBO’s The White Lotus. It won 10 awards including best limited series and acting trophies for Jennifer Coolidge and Murray Bartlett.

Host and Saturday Night Live star Kenan Thompson kept a celebratory tone throughout the show, saying it was a time to appreciate one of the world’s favorite pastimes.

“What would we do without television, read books?” he joked, before joining dance numbers to theme songs ranging from classic sitcom Friends to current best drama nominee Stranger Things.

Singer Lizzo earned an Emmy award for the competition series for Watch Out for the Big Grrrls.

“I’m going to go back and tell a little Lizzo something …you’re going to be that person,” she said.

Sheryl Lee Ralph appeared shocked when her name was called as the winner of best supporting actress in a comedy on Abbott Elementary,”a show about a predominantly black school in Philadelphia.

The actress began her acceptance speech by singing a rousing, acapella excerpt of the song Endangered Species.

“I am a woman, I am an artist, and I know where my voice belongs,” she sang, prompting a standing ovation.

Among other winners, Michael Keaton was named lead actor in a limited series for playing a small-town doctor who becomes addicted to painkillers in Dopesick.

Here is a list of the winners in key categories for the 74th Emmy Awards,