The pace of US consumer price growth is expected to have eased in August due to a fall in energy costs that offset increases in services and other spending categories.

According to a consensus forecast compiled by Refinitiv Eikon, the consumer price index, published by the Bureau of Labor Statistics on Tuesday, is set to have decelerated for the second month in a row to an annual pace of 8.1 per cent. That is down from 8.5 per cent in July, but still near a four-decade high.

On a monthly basis, headline inflation is set to have dropped by 0.1 per cent, after showing no increase in July.

The forecast decline comes as petrol prices have tumbled in recent months, having topped a record $5 a gallon earlier in the summer, following a jump in oil prices due to Russia’s invasion of Ukraine. According to the American Automobile Association, the current national average is $3.71.

However, once prices for energy and food are stripped out, core CPI is set to continue its ascent. It is expected to have risen another 0.3 per cent between July and August, translating to an annual increase of 6.1 per cent. That is up from the 5.9 per cent recorded during the previous period.

The latest CPI report is the last big data release before the Federal Reserve’s next policy meeting, at which policymakers are expected to implement a third consecutive 0.75 percentage point rate rise.

That will lift the federal funds rate to a new target range of 3 per cent to 3.25 per cent. By the end of the year, futures markets suggest the benchmark policy rate will settle between 3.75 per cent and 4 per cent.

In recent weeks, Fed officials have reaffirmed their commitment to bringing inflation under control, emphasising the risks associated with allowing price pressures to persist. 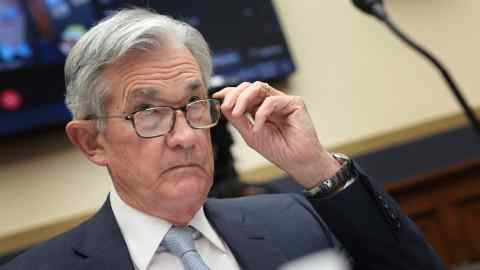 As petrol prices have fallen, so too have expectations about future inflation. Data released by the New York branch of the Fed on Monday showed that households now expect inflation to settle at 5.7 per cent in a year’s time, down from 6.2 per cent.

Policymakers worry this downward trend will not be sustained, however, especially if energy prices jump later this year. Treasury secretary Janet Yellen warned of that possibility over the weekend, citing concerns about a widespread shortage across Europe as the bloc stops buying oil from Russia.

FT survey: How are you handling childcare challenges?

We are exploring the impact of rising childcare costs around the world and want to hear from working parents about what you think governments and employers should be doing to help. Tell us via a short survey.

Christopher Waller, a governor who sits on the Federal Open Market Committee, said on Friday that he supports “another significant increase” to the benchmark policy rate at the September gathering. He noted that the US economy’s resilience and the strength of the labour market gives the Fed “the flexibility to be aggressive” in its fight against inflation.

On Tuesday afternoon, US president Joe Biden is expected to host an event at the White House to celebrate passage on the Inflation Reduction Act — a package of measures approved by Congress in August that includes incentives for clean energy and some higher taxes on the wealthy and large companies. While economists do not believe the legislation will have an immediate effect on inflation, it could ease price pressures over the longer term.

High inflation has dogged the economic recovery for months, handing Republicans an advantage heading into midterm elections in November. But the recent softening of price pressures, particularly through lower petrol prices, has offered some political relief to the White House.