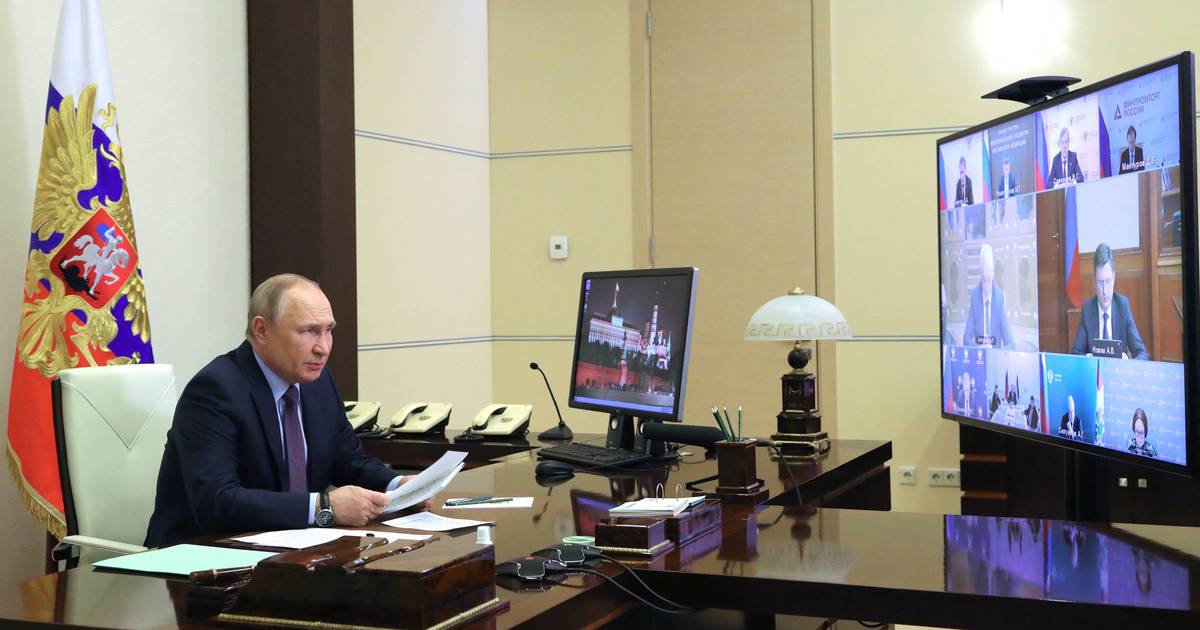 If the main goal of sanctions is to stop Russia’s war in Ukraine, they’ve failed. It’s not obvious they’ve even curbed Vladimir Putin’s behaviour. As to whether they’ve exacted a significant toll on the Russian economy, that’s an open question.

Since Russia’s February 24th invasion of Ukraine the West has imposed a long list of sanctions on Moscow. Russian banks have been removed from the SWIFT payments system, the assets of Russia’s central bank have been frozen, the Nord Stream 2 gas pipeline has been cancelled, export controls have been imposed while a 1,000-strong list of oligarchs and individuals close to the Kremlin have had assets seized or been restricted from travelling,

At the outset Western leaders talked about an “all-out economic and financial war” to down the Russian economy. At the very least the sanctions were meant to limit Moscow’s ability to fund the war. Yet according to the Bank of Russia, the country ran a current account surplus of $166.6 billion (€165.7bn) between January and July this year – three times larger than the same period last year and the highest since the mid-1990s – primarily because of surging oil and gas revenues and a decline in imports.

Separately, the rouble, often seen as a proxy stock price for the Russian economy, is now trading close to a four-year high against the dollar.

[ Eoin Burke-Kennedy: Why we can’t throw the kitchen sink at inflation ]

In the days after the invasion and the onset of sanctions, the currency nosedived. The number of roubles to one US dollar fell from about 78 to 138 – a huge move in the world of foreign exchange and a catastrophe for those whose wealth was denominated in the currency. Against all predictions, however, the currency has appreciated significantly since then, supported by emergency capital controls rolled out by the central bank to stop a mass sell-off in the wake of the invasion.

As Putin told an economic forum last week that the West’s “aggressive” attempts to isolate Russia with sanctions were failing, the rouble traded at 61 to the dollar. That – unbelievably – makes the rouble the world’s best-performing currency of 2022.

Similarly, predictions that the Russian economy would shrink significantly on foot of sanctions have had to be revised. First deputy prime minister Andrei Belousov said last week that economic contraction this year will be slightly more than 2 per cent compared to earlier government predictions that it would contract by more than 12 per cent.

Sanction strategists argue that while the measures appear to have limited power in curbing current behaviour they act as a deterrent against future aggression, which is cold comfort for the Ukrainians. They argue that if a similar level of sanctioning was imposed after Russia’s 2014 annexation of Crimea the current dynamic might have been avoided.

One area where the Russian economy is hurting is prices. The inflation rate is now running at just over 15.1 per cent but this is down from a two-decade high of 17.8 per cent in April and getting closer to the levels being experienced by Western countries.

The notion that the agents of sanctions (the West) could suffer more economically than the target would have seemed preposterous back in February, but the blowback on Western economies is getting more severe by the day. The cost of energy, food and transport is skyrocketing, and governments are facing an increasingly angry backlash as a result.

A complete withdrawal of Russian energy supply, with the possibility of blackouts, and a full-blown recession across Europe is now more likely than not.

The risk of a euro-area recession has reached the highest level since November 2020 as energy shortages threaten to drive already record inflation higher still, according to economists polled by Bloomberg.

Governments are trying to ease the pressure on households by handing out energy credits or freezing electricity prices, while the European Central Bank (ECB) has begun a sequence of interest rate rises for the first time in 11 years. But the worst may be yet to come with Russia gradually turning off the energy tap – Moscow’s trump card – and the winter heating season fast approaching. The EU has pledged to cut its consumption of gas over the coming months but these measures can only achieve so much.

This type of stand-off – a who will break first scenario – was perhaps the endgame all along. Ukrainian foreign minister Dmytro Kuleba says Russia is trying to blackmail Europe with its energy resources.

Where the war itself is going is anyone’s guess. Russia now occupies about one-fifth of Ukrainian territory but this weekend Ukraine’s forces reportedly made sweeping gains in the south and east, including the strategically important town of Izium. Moscow’s sourcing of Soviet-era weapons from North Korea could be read as desperate. “The Russian military continues to suffer from severe supply shortages in Ukraine due in part to export controls and sanctions,” a US intelligence official said.

Ultimately it seems to come down to Europe’s short-term pain versus Moscow’s long-term reversal. If Europe is facing into a winter of financial hardship and recession, Russia’s anti-Nato strategy is in tatters while its economy is facing long-term decline.