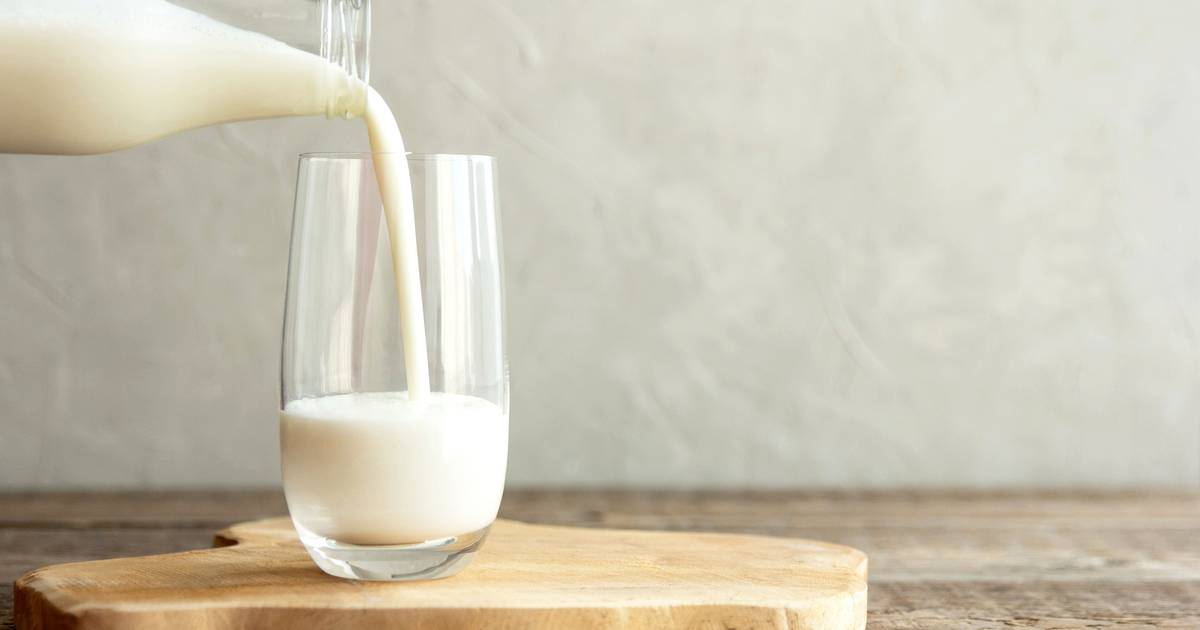 We had a junior infant start school this September. He snatched his schoolbag and ran to greet his teacher, a real life version of Matilda’s Ms Honey. The very same day, Bord Bia launched a marketing campaign worth €8 million to promote Irish beef, lamb and dairy in Asia under the heading: Ireland, working with nature.

On September 5th, Hannah Quinn Mulligan reported in this paper that 400 bull calves had been found dead on a Limerick farm. Later the same day my son came home, delighted with a carton of milk he got at school. I hadn’t signed up for it, yet there it was, replete with laughing cow.

The school milk scheme is operated by the National Dairy Council, a representative association whose members are mostly dairy co-ops. Its Moo Crew website recommends teachers to “encourage your pupils to take home the message of the importance of dairy as part of a balanced diet” and also offers worksheets which prompt pupils to track their [environmental] impact.

My kids drink milk — but this gives me the creeps.

The main beneficiary of the continued expansion of the industry is not the farmer, not the consumer and certainly not the planet, but the industrial combine

During the summer the Government set an overall emissions reduction target of 51 per cent by 2030 — agricultural emissions are to fall by 25 per cent.

Meanwhile, according to Bord Bia, Irish dairy cows numbered 1.6 million in 2021, an increase of 2.3 per cent on 2020 numbers. Dairy exports to “priority markets” such as Indonesia and Malaysia increased in value by 60 per cent and 23 per cent respectively. Exports of Irish dairy products and ingredients increased from an average of €1.8 billion for the years 2007-2009 to over €5.2 billion in 2020.

A phenomenal success story. For whom? Irish farmers? This is not about supporting a traditional way of life or rural communities; this is big business. The planet? Yes, we’re working hell for leather on science that can mitigate the level of emissions produced by animal farming, and yes our cows are predominantly grass fed. We also import 5 million tonnes of soya and maize a year to supplement their diet.

The continued promotion of dairy in particular, which will create extra greenhouse gas emissions and large scale, needless suffering of animals for which there is no market, is a failure of the principles of good animal husbandry — the type that allow us feel superior to the United States, with its concentrated animal feeding operations. It is directly contrary to what must be our primary objective now: doing everything possible to mitigate the effects of climate change.

In its 2022 annual review the Climate Change Advisory Council said it was very concerned about the continued increase in emissions in the dairy sector, and it recommended an urgent review of Ag Climatise, the national climate and air roadmap for the agricultural sector.

At one point the pursuit of food security, lowering the cost of food, and supporting rural communities were worthy, rational objectives for Ireland and the EU. Now though, the main beneficiary of the continued expansion of the industry is not the farmer, not the consumer and certainly not the planet, but the industrial combine. In fact, 80-90 per cent of the products of Irish animal agriculture are exported; the industry has nothing to do with Irish food security and everything to do with receipts.

I’ve been vegetarian since I was 16. Early mornings in the restaurant washing the giblets out of chickens for the Sunday roast did it. Only in my thirties did I wake up to the fact that eating dairy and eggs is just as bad, ethically and environmentally as eating meat itself. Although I’ve more or less given up on eggs, I still drink milk and eat cheese. I’ve read many theories about why we eat animals and why we should stop.

My own theory is that to persuade someone to give up or reduce meat, you need to appeal to them on three fronts: animal welfare, environment, and health. For me the imperative began with the first reason. Pain is pain, no matter how many legs you have, no matter what your IQ. However, although our progress as a race is put down to our ability to co-operate, we have little collective empathy for other species.

I’ll bet that when we do dramatically reduce animal consumption it won’t be because of the pain it inflicts on other sentient beings, but to save ourselves, the environmental and health imperatives. Perhaps in a few hundred years, as historian Dominic Sandbrook predicts, we will look back on eating animals and consider our forebears barbaric. Over the next decade it’s all about self-preservation.

Sentimental, champagne vegetarians should not throw pebbles in their glasshouses, however, and only the converted want to hear a lecture. I try a softer approach: thoughtful recipes for bean chilli; fawning about how much a meat-free Denny sausage tastes just like the real thing. I’ve apologised for the avocados and acknowledged that I can’t even produce spuds from a grow bag of seed potatoes. And yes, suffering aside, the most environmentally sustainable and healthy diet combination would probably have us eat a small amount of fish. So I produce the vegan mayo and keep my mouth shut.

But I read about the bulls and I’m sick of smiling politely. While in the Netherlands the city of Haarlem is banning advertisements for meat, in Kilkenny the sod is turned on a €140 million cheese plant, a joint venture between Glanbia and Dutch company Royal A-ware, after the Supreme Court dismissed an appeal against its grant of planning permission.

The death of 400 bull calves is “unacceptable and horrific”. Why be squeamish? We make nonsensical distinctions about the circumstances in which we find it acceptable to take away life, to cause suffering. The Irish Times article reports that in 2021, 35,115 bull calves died or were slaughtered in Ireland. We exported 247,612 animals, and 75,063 of these were bull calves under six weeks old, mainly to be fattened to supply the veal market.

While looking for a definition of veal I came across the following unexpected line of reasoning on Jamie Oliver’s website. Daniel Nowland, expert on all things farming says, “Veal calves are slaughtered at around eight months old … the more veal we eat, the fewer male dairy calves are wasted … so if we enjoy milk, cheese or ice-cream, you could say that we have a duty not to waste the veal meat the industry produces.”

I believe I’m one step closer to my last glass of milk.