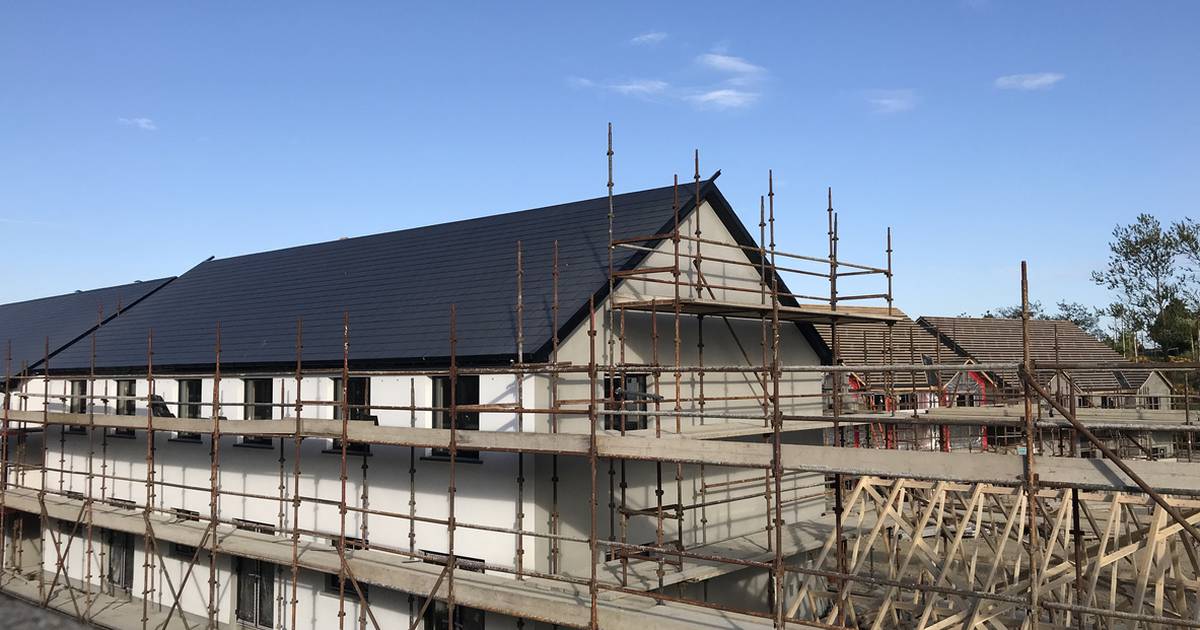 Roughly 28,000 new homes are expected to be built in the Republic this year despite the dampening effects of inflation and the increasingly uncertain macroeconomic outlook, a new report has forecast.

This would be the highest level of housing output seen in Ireland since before the financial crash and more than a third up on last year’s total of 20,433 units.

The latest BNP Paribas Real Estate Ireland Construction PMI, however, warned that the positive trend in housing output needed to continue to cover “the sharp re-acceleration in population growth”.

The bank’s latest barometer indicated that activity in the Irish housing sector declined for a third straight month in August as new orders fell sharply and inflationary pressures remained pronounced.

Still, the decline in overall activity “was less marked than in July” with the seasonally adjusted total activity index rising to 46.9 from 41.8 previous month. A reading below 50 signals a contraction in activity.

The rate of input cost inflation remained elevated and well above the series average, despite easing for the fourth month running with close to half of all respondents indicating that their input prices had risen over the month.

As well as impacting construction activity, inflationary pressures also affected the ability of firms to secure new orders, BNP Paribas said, noting a number of companies reported that enquiries had dropped off, “leading to a further steep contraction in new business”.

A combination of higher input costs and weakening demand also led constructors to lower their purchasing activity. On the upside, employment returned to growth with firms reporting a slight increase in staffing levels.

“Two factors have defined the path of construction activity over the last year. Activity picked up strongly last summer as Covid restrictions were lifted and stalled projects got the green light to resume,” John McCartney, director and head of research at BNP Paribas Real Estate Ireland, said.

“However, surging construction inflation and increased macro uncertainty have since begun to pull in the other direction. The PMI data for August flag a continuation of this more recent trend,” he said.

“Order books are down for the fifth month in succession, industry expectations remain tilted towards contraction, and materials purchases are sharply lower,” he said.

“We believe 28,000 new dwellings can be delivered this year. However, given the sharp re-acceleration in population growth, the positive trend in housing output needs to continue,” Mr McCartney said.

A separate report from IPAV, the Institute of Professional Auctioneers and Valuers, indicated a shift in sentiment in the housing market.

“In the latter two months the practice of increasing reserves — where the price expectations of neighbourhood sellers tend to escalate when a property achieves a particular level — had almost disappeared,” Mr Davitt said.

In a pre-budget submission the Society of Chartered Surveyors Ireland (SCSI) said there needed to be 64,000 new homes built in 2026, reducing to about 45,000 housing units in 2030, to meet Government’s Housing for All targets.