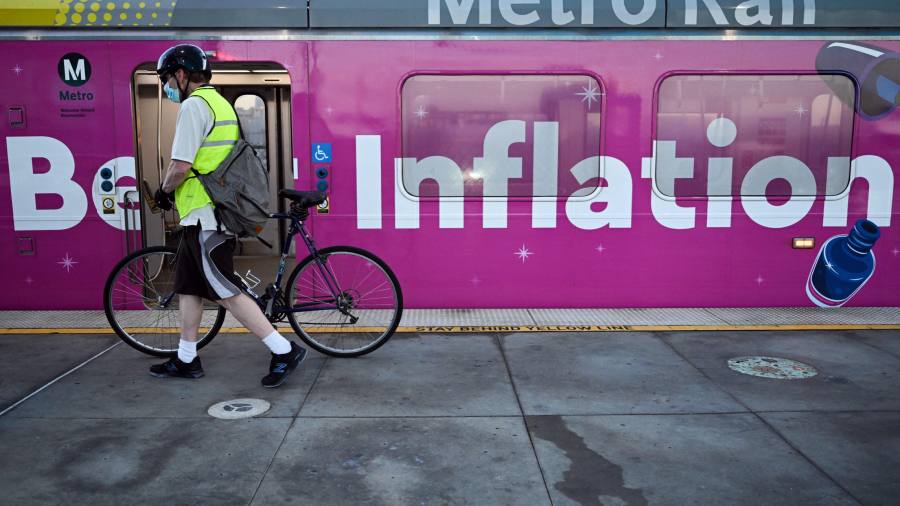 Did US inflation ease for the second month in a row?

Lower petrol prices should have helped slow the pace of inflation in the US in August for the second month in a row. But the Federal Reserve is unlikely to be swayed from implementing a steep interest rate rise later in September, as inflation remains well above its target with persistent growth in services prices.

Economists polled by Reuters forecast that the US consumer price index fell 0.1 per cent month-on-month in August, after remaining flat in July. They expect a year-on-year reading of 8.1 per cent for August, down from 8.5 per cent a month earlier.

Lower energy prices were largely responsible for driving down inflation in July, and the same trend is likely to have continued the following month as petrol costs fell further.

Some economists said that consumers have started to spend less on goods, while businesses have increased supply of their products to match demand, which may also contribute to a decrease in price growth.

But despite the expected moderation in the August report, the Fed has still signalled that it will continue to tighten monetary policy, as inflation remains well above the central bank’s target. Chair Jay Powell and vice-chair Lael Brainard vowed last week to keep raising ratesfuelling expectations that a third consecutive 0.75 percentage point increase will be implemented later this month.

Demand for services has strengthened, which Marcelli said has caused more “persistent pressure” on this component of the consumer price index.

Core inflation, which excludes energy and food prices, is forecast to have edged up 0.4 per cent month-on-month in August, following a reading of 0.3 per cent in July.

Housing costs are a large contributor to the services component of the index and shelter costs are expected to continue rising, led by rental price growth.

“The biggest single contribution to the month-to-month core CPI print will come from housing rents,” said Ian Shepherdson at Pantheon Economics. “But we see a decent chance that the pace of rent increases has now peaked, though the uncertainty here is still great, given the unprecedented conditions in the rental market.” Alexandra White

Did UK inflation pick up pace in August?

UK inflation data for August are expected to offer no respite. Economists polled by Reuters forecast that the annual pace of consumer price growth accelerated from a 40-year high of 10.1 per cent in July to 10.4 per cent last month.

A consumer price index reading at that level would confirm that the UK is the only G7 economy with a double-digit inflation rate. It would also intensify pressure on the Bank of England to raise interest rates again, having already implemented six consecutive increases to 1.75 per cent.

The inflation outlook for the UK and the rest of Europe worsened over the summer, reflecting surging European wholesale gas prices following a squeeze on Russian energy flows to the rest of the continent. Even before the gas price peaked in late August, the BoE had forecast that inflation would soar to 13 per cent in January, causing a prolonged economic recession.

However, the medium-term inflation forecast has been mitigated to an extent by an energy package announced last week by new UK prime minister Liz Truss, which included a freeze on average annual household energy bills at £2,500 over the next two years.

Truss’s government expects the intervention to curb inflation by up to 5 percentage points.

Paul Dales, chief UK economist at Capital Economics, said the measure would lower the expected peak inflation to 11.5 per cent in November from the level of 14.5 per cent previously forecast for January, and would make inflation fall faster next year.

However, he thinks that because the stimulus supports economic activity, “it will boost inflation further ahead”. Valentine of Rome

Surging commodity prices and rising import costs due to a weaker yen have knocked the Japanese economy in recent times, forcing it to record a trade deficit for 12 consecutive months through to the end of July. The big question, as downward pressure on the currency continues to build, is whether the trend continued in to August.

Japan posted a trade deficit of ¥1.43tn ($10bn) for July, and clocked record-high import costs for the fifth consecutive month. The offset of a cheaper currency — more competitive exports — has yet to make a definitive mark. Despite the historic depreciation of the yenwhich has weakened by about a fifth against the dollar this year to more than ¥140, export growth has been limited due to the disruption of semiconductor production and other component shortages.

Analysts suspect the world’s third-largest economy is likely to have taken a further hit in August, with the yen sliding to a fresh 24-year low against the US currency in recent days as the Bank of Japan remained committed to its ultra-loose monetary policy even as the Federal Reserve continued to raise interest rates.

Economists are divided about whether the trade deficit expanded last month. Goldman Sachs economist Naohiko Baba expects the deficit to have widened to ¥2.47tn, estimating that export volumes have declined slightly year-on-year. Weakening demand for exports in the US has affected the move, he added.

Increasing cases of Covid-19 and subsequent lockdowns in China as well as a decline in production in the country due to drought are likely to affect Japanese exports, he noted.