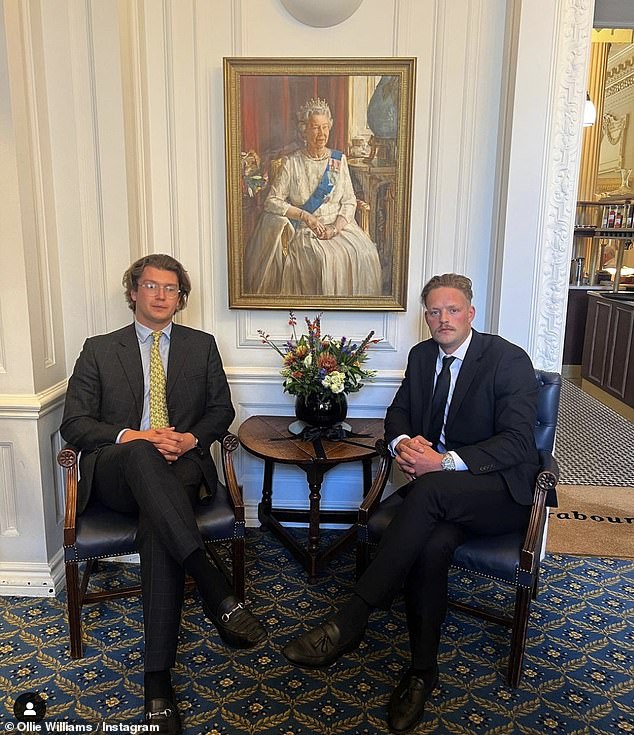 The TV star, 26 – whose time on the 2019 series of the dating show was shrouded in controversy after pictures emerged of him posing with dead animals in Africa –  looked unrecognisable from his villa days in the picture.

The Cornish born hunter – who is the heir to the Lanhydrock Estate – was reportedly invited to the palace alongside his father Andrew, who is the High Sheriff of Cornwall.

Ollie and a male companion posed for a photo beneath a portrait of the late Queen Elizabeth II after watching the new King sign an oath to uphold the security of the church in the presence of Privy counsellors.

He told his followers: ‘We mourn as a country. Privileged to be able to see the ascension and pay my respects at the palace today. #GodSaveTheKing.’

High Sheriffs like Ollie’s father, who are chosen by The Privy Council , represent the Sovereign in their counties and carry out ceremonial and administrative duties. 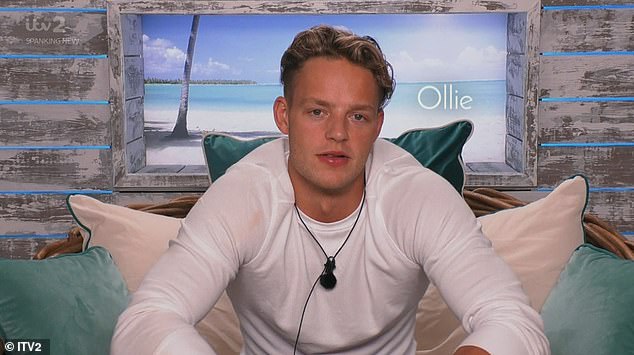 Throwback: The TV star, 26, who’s time on the 2019 series of the dating show was shrouded in controversy after pictures emerged of him posing with dead animals in Africa, looked unrecognisable in his latest Instagram snap 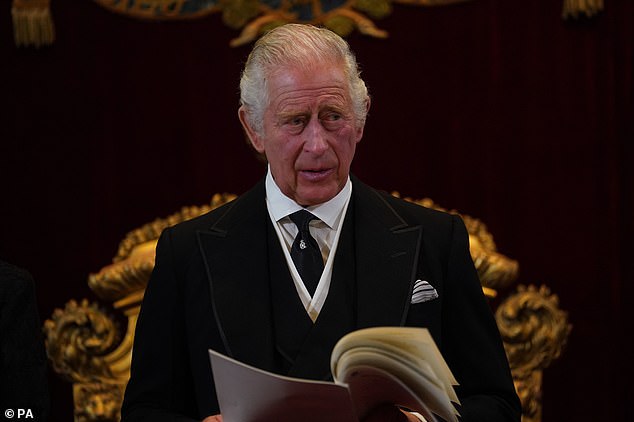 His family estate in Cornwall features ‘a variety of businesses, farm land, buildings, houses and offices over some 2500 acres in Lanhydrock and the surrounding area’.

‘My father is Lord of the Manor of Lanhydrock. The family title is Viscount Clifden. When my father passes away or abdicates, as the eldest child, I will take on the titles and the estate. I’m the heir of Lanhydrock,’ Ollie had explained ahead of his Love Island debut. 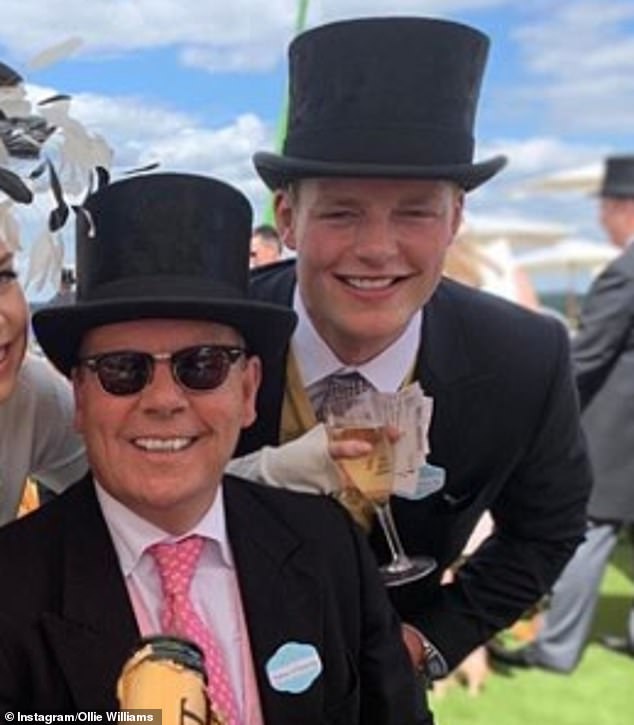 Family: The Cornish born hunter – who is the heir to the Lanhydrock Estate – was reportedly invited to the palace alongside his father Andrew, who is the High Sheriff of Cornwall

Ollie’s time on the first winter series of Love Island was short lived as he left just three days in, claiming he was still in love with his ex-girlfriend.

He caused outrage after images of him posing next to slaughtered animals in Africa emerged earlier this year, with his family being forced to employ security to keep a 24-hour watch on their Cornish home from animal activists.

In 2020 it was reported that Ollie tried to sell a buffalo head for £8,000 online –  five months before the star denied he is a trophy hunter after quitting the ITV2 reality show.

A photo obtained by The Sun shows a now-deleted listing for a Taxidermy Cape Buffalo Shoulder Mount with an asking price of £8,000 and allegedly posted by the star.

According to the website Ollie bought the buffalo head – described as used – at an auction for £648.70 and had hoped to make a healthy profit from the sale, putting the item on eBay in August. 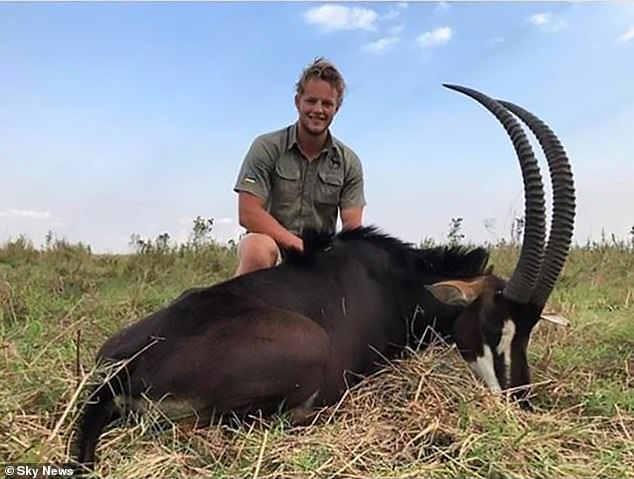 Controversy: Love Island received 576 Ofcom complaints about Ollie’s inclusion on the show after posing with dead animals in Africa

A source told The Sun: ‘Ollie had gone to Holts auctioneers in Norfolk in June and spotted this cape buffalo shoulder mount.

‘He thought it would be an investment and hoped he’d be able to sell it and make a profit but nobody ever bought it.’

The website also confirmed the buffalo head was taken down from eBay.

The Cape Buffalo is one of the dead animals Ollie was seen posing with in photos that sparked a furious viewer backlash and a petition calling for him to be axed. 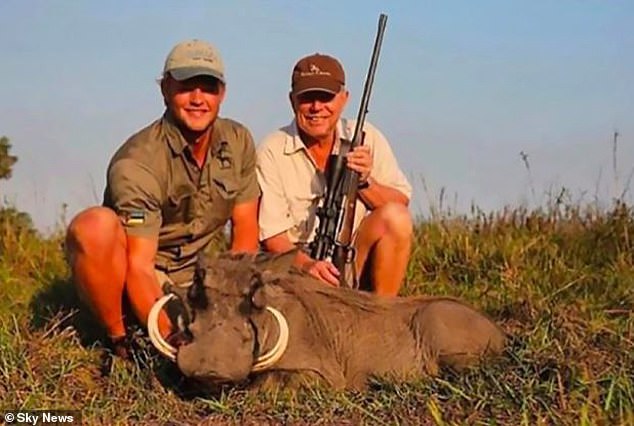 Outrage: The aristocrat caused outrage after images of him posing next to slaughtered animals in Africa emerged (pictured with a dead warthog)

The heir to the Lanhydrock Estate, who received ‘vile’ threats since leaving the show, insisted that he is ‘passionate about conservation’ and that he left the show on his own terms because he was still in love with his ex.

Ollie said in a statement at the time: ‘Having left the Love Island house I have become aware of the press stories circulating in the UK. I would like to make a number of comments on the various claims and accusations.

‘I had no knowledge of the stories until I had left the Love Island villa and all cast members are unaware of any news stories while they are on the programme. My reasons for leaving Love Island are as communicated on the show. 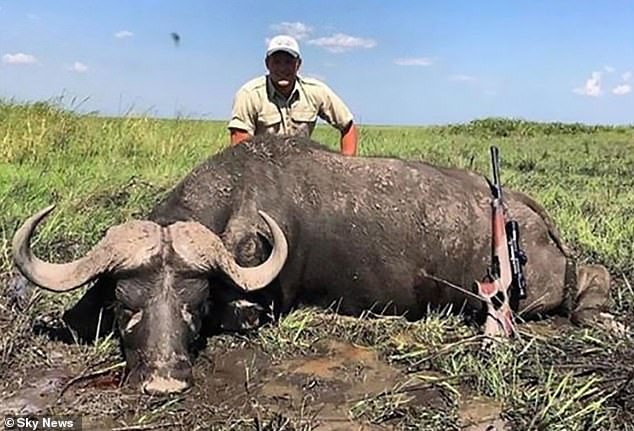 Claim: A photo obtained by The Sun shows a listing for a Taxidermy Cape Buffalo Shoulder Mount with an asking price of £8,000 allegedly posted by him (above with the dead animal)

‘I did not shoot any of the animals shown in the photographs nor have I ever shot as a trophy hunter.

‘I did volunteer to take part in the conservation and anti-poaching programme in Mozambique, a part of which involves old or sick animals being culled. I was there as an observer.

‘The Cornish Sporting Agency was set up in 2017 and has never traded. I feel very passionately about conservation and will continue to support sustainable conservation causes around the globe.

‘These benefit the natural world and the animals which live within it, even if certain elements appear controversial when viewed out of context. As I am no longer in Love Island, I will comment no further on this issue.’

Ollie was pictured posing with a dead warthog, water buffalo and a giant eland – listed as vulnerable by the International Union for Conservation of Nature.

The now deleted snaps were said to have been uploaded on to the Instagram account of Ollie’s hunting business, Cornish Sporting Agency.

The business is listed on Companies House as a ‘hunting, trapping and related service activities’ and is registered at the Lanhydrock estate, now controlled by the National Trust after being given away by Ollie’s great-great uncle in 1953.

In one of the photos, Ollie is seen kneeling beside one of the animals with the caption: ‘You’ve gotta love it when you put your binos up and see a bull like this on the other end!’

The Cornish Sporting Agency, which was taken offline in November 2018, offered hunting trips to countries like Mozambique and South Africa as well as bird shooting in the South West of England and deer stalking in New Zealand.

Sources close to Ollie claim the photos were of him ‘culling sick animals’ and that it was untrue that he is involved in hunting for sport. 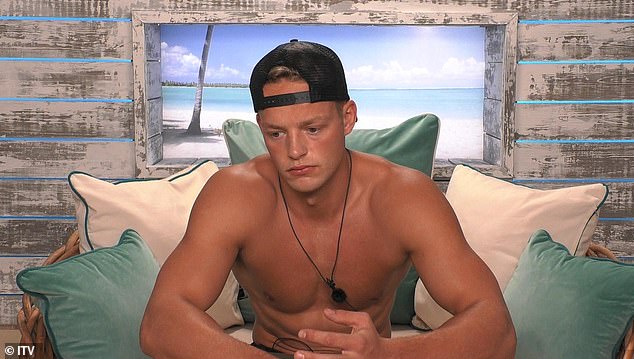 Outrage: Ollie, who quit Love Island just days into the series after claiming he was still in love with his ex-denied that he is a game hunter and called himself a ‘passionate conservationist’