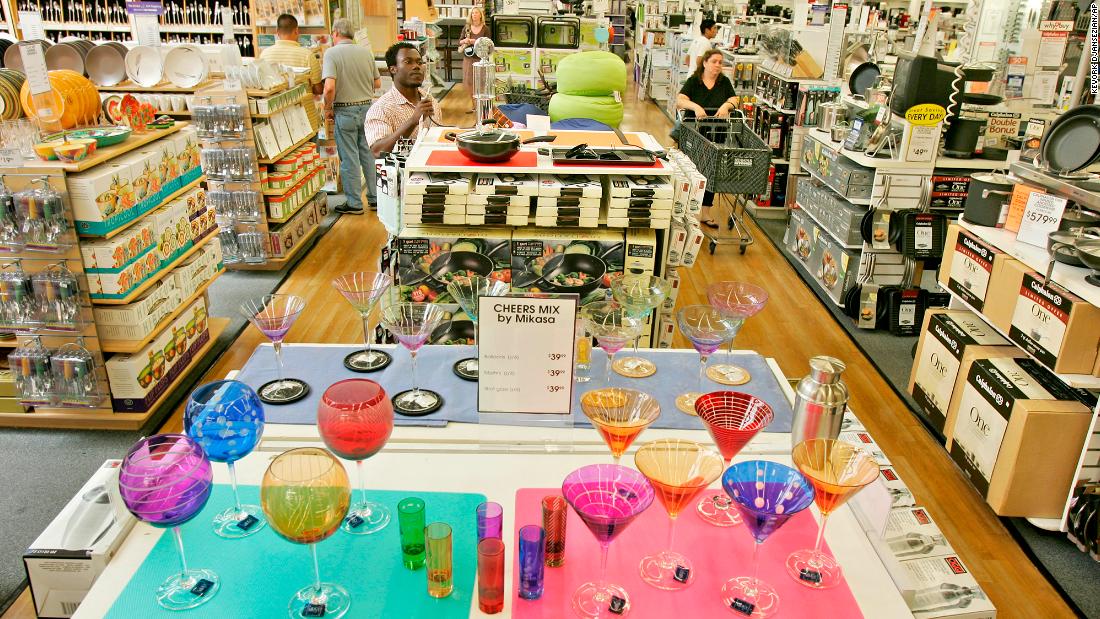 Here’s the deal: Shares tumbled more than 20% Wednesday after the company announced layoffs and store closures in its latest effort to right the ship. It’s laying off around 20% of its staff. It’ll close about 150 of its roughly 950 brick-and-mortar stores. And to keep the lights on, Bed Bath & Beyond secured a financial lifeline of $500 million — a sizable loan it hopes will buy it time and keep vendors from rushing the exits.

Here’s what the interim CEO had to say: “We are embracing a straight-forward, back-to-basics philosophy that focuses on better serving our customers, driving growth and delivering business returns.”

Coupons went out of fashion.

Volume is out; curation is in.

Discounting has its limits.

First, a lot of pain for employees. Vendors will likely be reassured by the cash infusion, but at the end of the day, the company still has a lot of debt. And it’s a difficult time — with inflation eating into demand for home goods and supply chains still untangling themselves — for any retailer to undergo the kind of extreme makeover Bed Bath & Beyond needs.

The private sector added 132,000 jobs in AugustADP reported Wednesday — far fewer than the 268,000 jobs added in July — indicating the white-hot pace of US hiring could be slowing, according to payroll data. Economist had forecast the August figure would be around 225,000.

“We could be at an inflection point, from super-charged job gains to something more normal,” said Nela Richardson, chief economist for ADP, which tracks private sector hiring. “My takeaway from these numbers is that companies are slowing their additional headcount.”

Heads up: The ADP report has historically come out on the Wednesday before the government’s official monthly jobs report, and has typically been seen as a preview of what’s to come. But in recent years the ADP figure lost some credibility, often coming in wildly off from the official tally. That prompted the company to revamp its methodology, and this is the first report it’s released since completing that transition. Tune in Friday to see how it stacks up against the official report from the Bureau of Labor Statistics…

Here at Nightcap, we love a smooth finish, so let’s end on some slightly sweeter news:

The bourbon boom has been going strong, and earnings this week suggest Wall Street is still wild about whiskey, my colleague Paul R. La Monica writes.

Inflation inshmaytion? Even though costs are going up everywhere else, consumers seem willing to splurge on higher-priced bourbon, such as Woodford Reserve and Old Forester (also owned by Brown-Forman). Sales of those premium spirits were up 35% from a year ago.

The reason: 2022 may be marked by anxiety about recessions and surging prices, but there’s some extent to which America’s saying, YOLO let’s get drunk.

Brown-Forman noted that strong demand for booze at airports and on cruise ships helped lift sales. Also popular: its cocktail-in-a-can innovation that finally made Jack and Coke into a portable potent potable.

Shares of Brown-Forman rose slightly Wednesday, and the stock has gained about 10% in the past three months, even as the broader market has tumbled. Notably, beer stocks such as Anheuser-Busch and Molson Coors, have lagged.

Enjoying Nightcap? Sign up and you’ll get all of this, plus some other funny stuff we liked on the internet, in your inbox every night. (OK, most nights — we believe in a four-day work week around here.)