The death of the Queen – the world’s longest-reigning monarch – has not only rocked the nation, but the world. Her state funeral will be one of the largest diplomatic occasions of the century.

Buckingham Palace has confirmed her funeral will be held at Westminster Abbey at 11am on Monday 19 September.

Poignantly, it is the same venue the Queen married Prince Philip in 75 years ago, and just one year ago paid tribute to him there at his memorial service.

Queen’s coffin to lie at rest in Edinburgh – latest updates

On the day, the large venue – which can hold up to 2,000 people – will be full of family members, world leaderspoliticians, monarchs from other countries, public figures and those who worked with the Queen, all paying their last respects.

So, who can we expect to see at the Queen’s funeral, and who won’t be there?

The Queen’s family will of course be there to mourn their mother, grandmother and great-grandmother.

Her four children – King Charles III, the Princess Royal, the Duke of York, and Prince Edward – will be present, as will Camilla, the Queen Consort, and the Countess of Wessex, and the monarch’s grandchildren – princes William and Harry, Peter Phillips and Zara Tindall, princesses Beatrice and Princess Eugenie, and Lady Louise Windsor and James, Viscount Severn, will also be present at the ceremony.

Spouses of all close family would be expected to be present too, including Catherine, the Princess of Walesand the Duchess of Sussex.

Members of Europe’s royal families, from countries including Spain, the Netherlands, Monaco, Sweden, Denmark, Belgium, and Greece, are also likely to fly to London for the funeral.

Please use Chrome browser for a more accessible video player 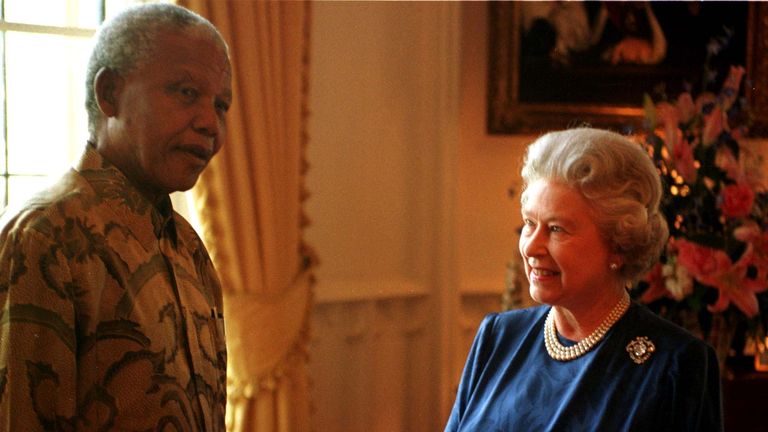 The Queen on the world stage

Many of the world leaders the Queen met during her long reign will also be in attendance.

US President Joe Biden has confirmed he will attendas will his wife, First Lady Jill Biden.

Westminster Abbey will be so full for the event it will only be possible for a single, senior representative from each country and their partner to attend, according to Foreign Office documents obtained by Politico – which Sky News understand to be correct.

It is therefore unclear whether former US presidents Barack Obama and Donald Trump, and their respective wives Michelle and Melania, all of whom met the Queen, will be in attendance.

Read more:
World leaders ‘to be bussed’ to historic Westminster Abbey service and asked to take commercial flights to UK
Queen’s final journey: The people from all walks of life who waited side-by-side for history to unfold before them

Liz Truss, who will be the last UK prime minister to have been officially asked to form a government by the Queen, is expected to attend, as well as Labour party leader Sir Keir Starmer.

Irish premier Micheal Martin has confirmed he will be travelling to London for the event, and the First Minister of Scotland, Nicola Sturgeon, is also expected to be there.

Please use Chrome browser for a more accessible video player 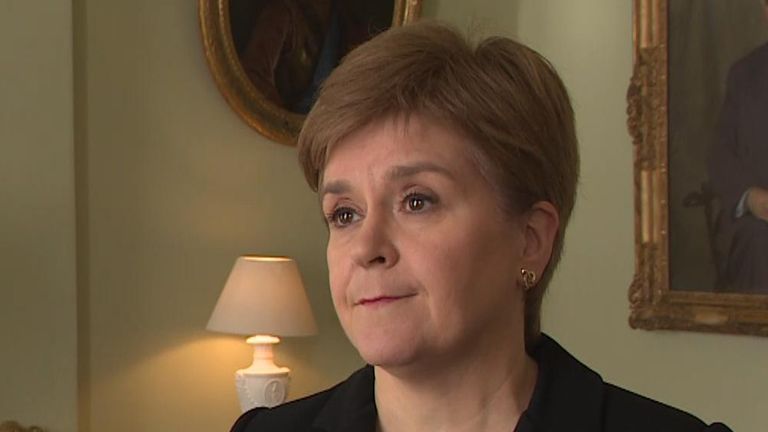 European Commission President Ursula von der Leyen has said she will be attending.

And away from high profile figures, some of the Queen’s closest staff, including her ladies-in-waiting and footmen, will want to be there to say a final goodbye.

One high-profile world leader not expected to be there is Russian President Vladimir Putin.

Although he expressed his condolences to the King on the news of the Queen’s death, the Kremlin’s ongoing attacks on Ukraine make his attendance in London highly unlikely.

Many have also wondered whether any of the Queen’s corgis will be at the funeral.

While the formal nature of the event make that highly unlikely, sadly the ‘no dog’ rule at Westminster Abbey rules it out completely, with dogs not even permitted to walk on the grounds.