IT seems the much-feared Strictly curse has struck again.

Apparently, time spent apart while Rose, 27, was away on the Strictly tour in April took its toll on the relationship. Am I surprised? Not one bit.

The Strictly curse has a kind of grim, rather sinister inevitability about it. I was paired with the dashingly handsome James Jordan on the 2013 series and it was a particularly eye-opening experience.

Picture the scene: One ­minute you’re lying in bed next to your boring old partner in your winceyette pyjamas, the next you’re spray-tanned, sprinkled with sequins and pressing against a gorgeous professional dancer with the body of an athlete.

Before you know it, bits of you that you’d forgotten even existed are gently — or sometimes quite rampantly — grinding against someone you’ve barely met, but who is incredibly good-looking, amazingly athletic and, even sexier than that, completely in charge of you. 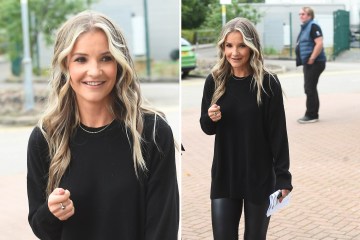 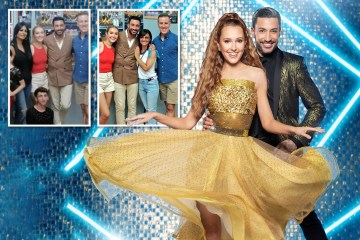 It doesn’t matter if you’re a world-famous rugby player or a renowned TV host, you’re not an expert ballroom dancer and they are. You are putty in their hands.

They’re pushing you here, shoving you there, leaning against you, their hands in the small of your back.

On top of all that, it’s hot, it’s sweaty and you’re spending hours together in the rather siege-like conditions the Strictly process imposes on you.

Your pro partner quickly becomes your confidant. And when you come to do the actual live show, you feel even closer because you’re terribly nervous and cling to your ­partner as if to a rock.

It only takes about ten seconds to feel that your full- time dancer understands you better than anyone you’ve ever met in your life — your husband, your family, your old school friends. It’s so intense.

It’s an incredibly intimate relationship that develops at a terrifying rate of knots.

On day one you’ve never met them, but by day three you have sweated all over them.

By day five you’ve sobbed all over them and by day six they’re bandaging your bleeding bunions.

By day seven, you’re deeply in love with them. And there’s nothing you can do about it. When I took part in Strictly, I didn’t think the curse applied to me. I was 51, had been with my partner Ben Ofoedu for about seven years and was amply satisfied at home.

I didn’t think my professional dance partner would fancy me — or that I could possibly fancy them. But for about three or four days, I was deeply in love with James.

I thought, “I love you. I love you more than anyone I’ve ever met. Yes, I see your fragrant wife, Ola. Yes, there’s the beautiful Ben . . . but my God, aren’t we meant to be together for ever?”

For a few days I was absolutely bedazzled and my heart palpitated at the sight of him.

There was even one dance routine where he had to walk off and leave me at the end. Every time he did so, I sobbed. It was all so passionate, so visceral and a bloody great shock to the system.

I did not think for a moment he’d leave the lovely Ola and run away with me, nor did I think I’d leave the beautiful Ben. I just thought, “Oh my God, I love you”.

And then, somehow, I managed to shake myself out of it. I suddenly thought, “Actually, no I don’t. I’m a grown-up and this is all a fantasy. Don’t be stupid”.

It didn’t even take me very long to do so.

But imagine if I’d been unhappy in my relationship — or much younger and full of libidinous urges.

One thing I genuinely believe about the Strictly curse is that it’s not necessarily fuelled by desire for someone else, but more a result of people rethinking who they are.

I don’t really know Louise Redknapp, but it seemed as if she came on to Strictly and totally reappraised herself.

It was as if she suddenly thought, “I’m not just a wife and mum, I’m an incredible dancer and I could star in a West End musical. There’s so much more to me!” Strictly ignited that.

That might be the case with Rose, too. Her incredible success really established her as a star in the eyes of the nation.

Very often that is a major factor in the curse.

It’s not that you fall in love with your partner on Strictly, or that you don’t love your own partner at home, it’s that Strictly is like a catapult that turns you into a different person.

You’re suddenly this big star that you weren’t before.

And then you look at your partner and whatever you had in common before, you haven’t got in common now.

I do feel for the celebrities’ trusting, hopeful partners who have zero idea of the calamitous effect Strictly is going to have on their lives.

Some people just fall under the Strictly spell — it’s all so magical and exciting and dramatic and people are so invested in it.

At what point in your life are you ever going to be waltzing around in the arms of an incredible, handsome stranger who also happens to be an athlete and a national or international champion?

At what point is your make-up and hair going to be so flawless?

Everything about the experience is gorgeous.

It’s like the pinnacle of all earthly experiences, because it’s like being a Disney prince or princess — only it’s your actual life.

A lot of people think that the Strictly tour — where Max George and Maisie Smith reportedly fell for one another — must be a hotbed of passion.

Actually, I’ve heard the opposite. I never took part in it myself, but I know that people who are completely captivated by the TV show get terribly disappointed after they sign up.

It’s not glamorous. It’s not sexy. You’re just going from theatre to theatre in a bus. Very often the professionals stick together and you immediately see that, for them, it’s just a job.

On the other hand, some people do find lasting love on Strictly, or on the tour, sometimes with the most unlikely person.

Right now we have 2018 winner Stacey Dooleywho is pregnant by her dance partner Kevin Clifton.

Countdown’s Rachel Rileywho took part in my year, has two babies with dance partner Pasha Kovalev, while Kristina Rihanoff and Ben Cohenalso from the 2013 series, have a five-year-old daughter.

Katya Jones and Old Walsh succumbed to one another during that initial period of infatuation, where you’re consumed with adoration for the other person.

You fancy them rigid and you’re absolutely absorbed — and boy, they must have been absorbed to kiss in public when they had more paps following them than at any other time in their lives.

Perhaps they were too mesmerised by one another to even notice. 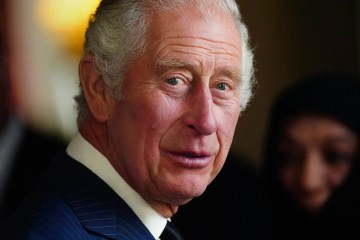 Rest assured the Strictly curse will continue for years to come, because the show has all the elements that make it irresistible — the intense publicity, the glamour, the music. And, of course, the dancing, which is a known precursor to sex.

It’s like the ultimate holiday romance, ramped up to the power of a billion.